The prices of gold, silver, and Bitcoin (BTC) are all rallying in tandem, as various macro factors boost alternative assets. As gold rose to a new all-time high at $2,055, BTC rallied to $11,715 on the day, recording a 4.28% increase. 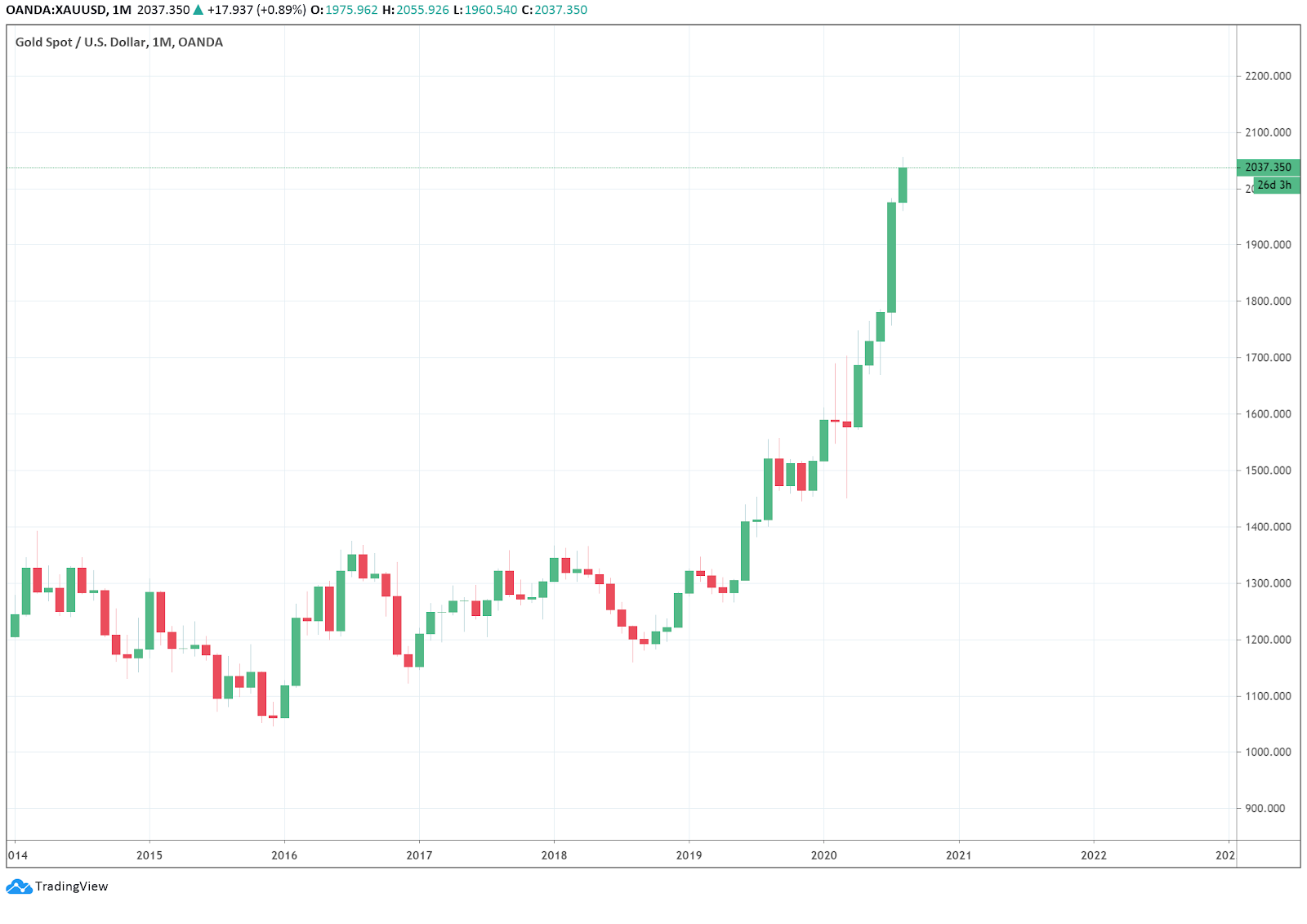 As the three assets see stronger momentum altogether, there are three factors to consider. These are: gold’s correlation with Bitcoin, the effect of the declining U.S. dollar on alternative assets, and increased liquidity stemming from aggressive monetary policies from central banks. 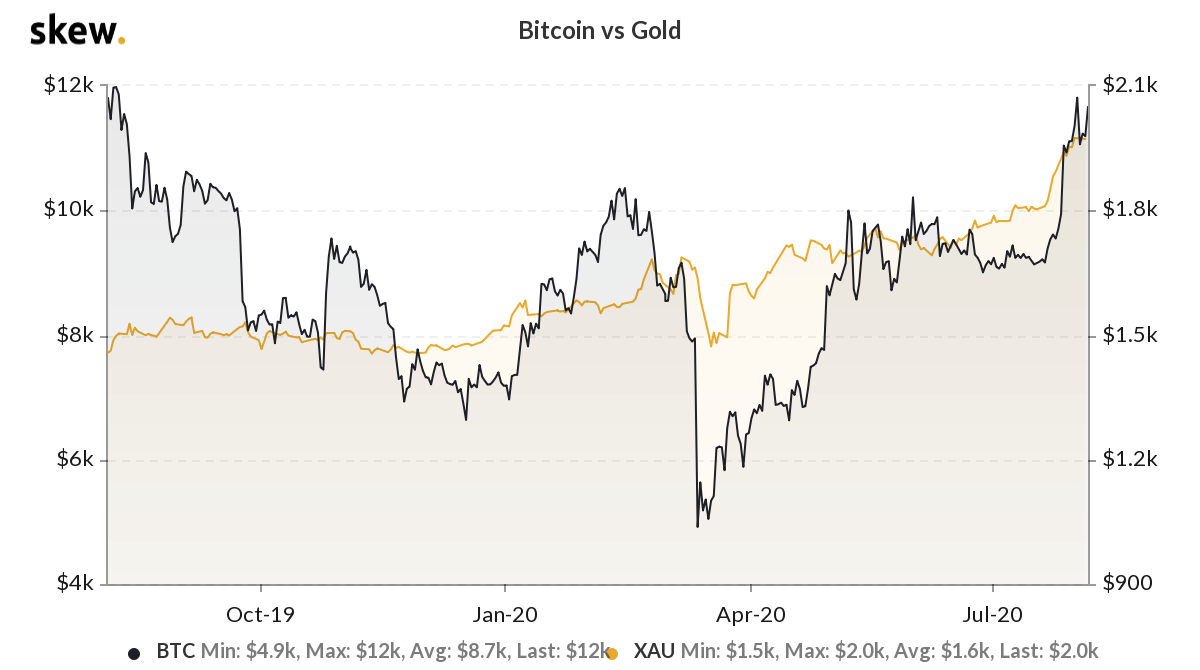 Whether the timing of this increasing correlation is simply due to investors re-entering the market after the Black Thursday crash remains uncertain but it is possible to argue that every asset class, including stocks, precious metals, and cryptocurrencies, fell in mid-March.

Another way of analyzing the data could be that the declining U.S. dollar and rising inflation boosted investor sentiment around gold. As safe-haven assets benefited from macro factors, Bitcoin also rallied as more investors began to consider it as a store of value.

The declining dollar is a positive catalyst for each asset

As gold, silver, and Bitcoin rallied simultaneously since April, the U.S. dollar has underperformed significantly against other reserve currencies.

The declining value of the U.S. dollar has positively affected precious metals and Bitcoin in recent months. Some analysts, including Bitcoin researcher Mark Wilcox, said BTC’s rally can be attributed to the fading dollar, rather than the price of BTC increasing.

Since April 1, silver has also rallied by 90% against the dollar, outperforming both Bitcoin and gold in the same period. BTC increased by 85% since, and gold rose by 30%. 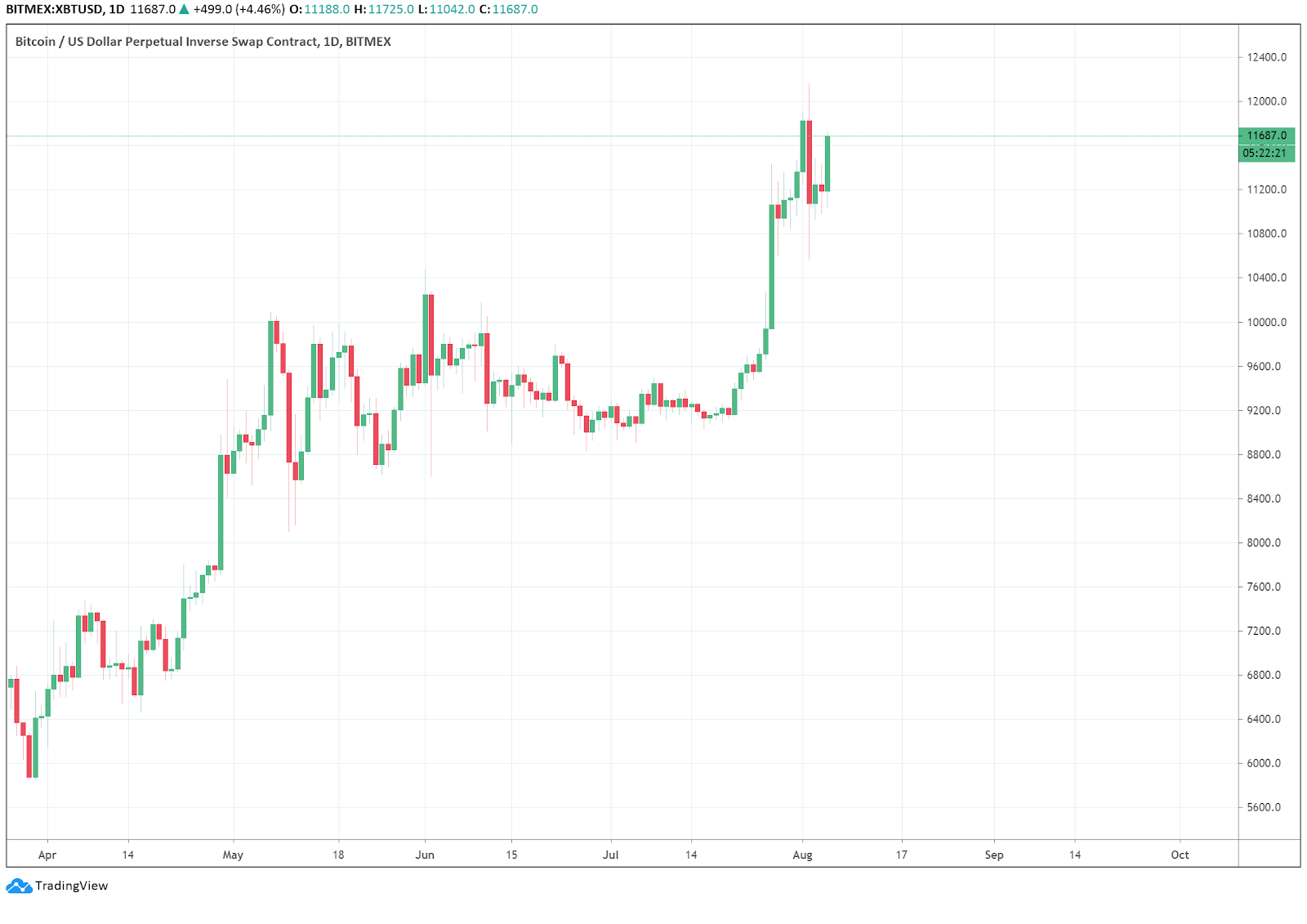 In July, the U.S. dollar suffered its worst month in over ten years and as Cointelegraph reported, the dollar is now at risk of falling below a key 12-year trendline.

The growing number of coronavirus cases and a double-digit unemployment rate appear to be triggering a downtrend in the U.S. economy and the dollar.

Thus, in the near-term, analysts anticipate the slump to continue and theoretically this would benefit gold, silver, and Bitcoin.

Liquidity from central banks is growing

After the Federal Reserve decided to maintain the Fed Funds Rate at near-zero, other central banks followed suit.

China said it would make its monetary policy more flexible, a strategy it has historically avoided for long-term stability. Meanwhile, Thailand’s central bank decided to leave its record-low interest rate unchanged in expectation of a gradual economic recovery.

Relaxed financial conditions, growing liquidity in the markets, and rising inflation are fueling the demand for safe-haven assets. There is more capital in the market than before and a stronger value proposition for robust stores of value.

The current macro landscape put together with the momentum of gold, silver, and Bitcoin could continue to fuel the demand for precious metals and cryptocurrencies. 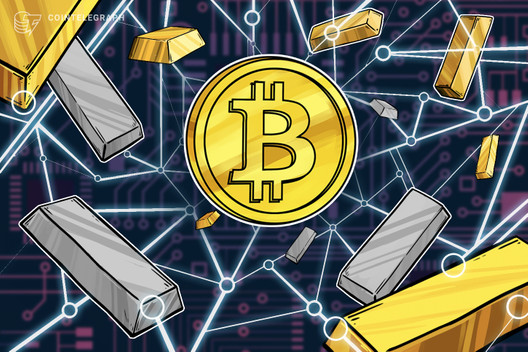