In July 2016, a mere four years ago, Nvidia was a $26-billion company focused on GPU chips and graphic card production. In comparison, the long-standing sector leader was Intel Corp, with a $166-billion market capitalization.

The nearly 40-year old chip manufacturer was a blue-chip Fortune 500 company and at the time, it was likely unfazed by such a small competitor.

Nvidia’s previous peak market capitalization occurred in October 2007 as its value approached $22 billion. After the 2008 financial crisis, the stock collapsed over 80% and took nine years to recover.

Ether (ETH) faced a similar struggle in 2018 after peaking at $138 billion market capitalization, and has yet to retake its glory days.

Besides resembling a similar market capitalization to current Ether’s $35 billion, Nvidia shares traded $10 billion in monthly volume back in 2016, compared to Ether’s current $13 billion transparent volume, according to data from Messari.

Similarly, Ether stood out from Bitcoin (BTC) by creating multiple layers on its blockchain and allowing additional processing capabilities. 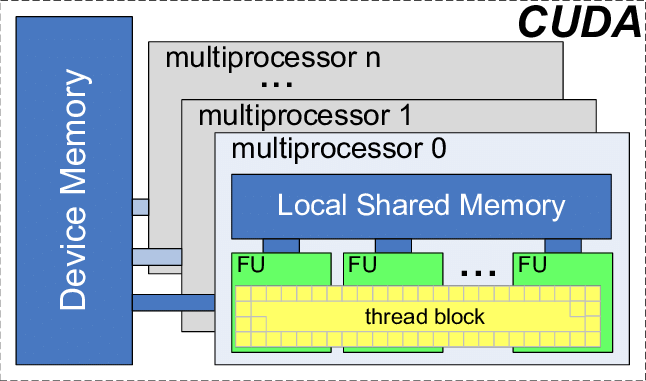 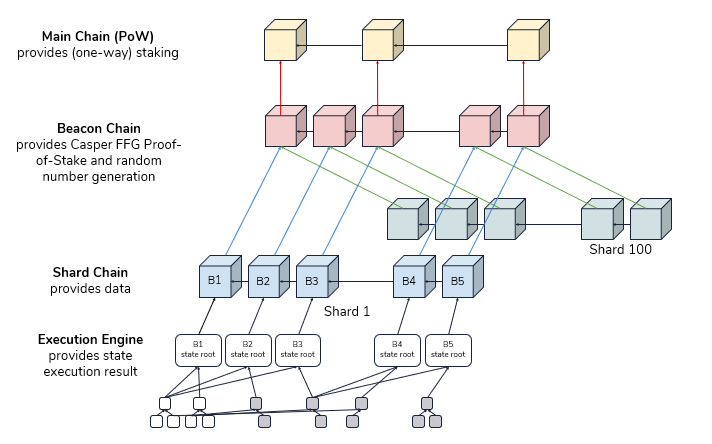 Instead of competing with Intel’s CPU processing power and dominance, in 2016, Nvidia launched a supercomputer designed to train deep-learning models based on eight of its higher-end GPUs using a single Intel Xeon CPU. Yes, a competitor item was bundled within Nvidia’s product.

Similar to Nvidia’s strategy, instead of emulating the leader’s qualities, Ethereum is taking an approach to capitalize on its differences. Less than three months ago, Vitalik Buterin proposed a DEX-bridge solution to provide easy movement between the Bitcoin and Ethereum network.

By dissecting the Ethereum 2.0 core solution, one will find that it exaggerates current differences to Bitcoin. Ethereum 2.0 is increasing the number of independent layers, further reducing each node’s capacity to validate the entire processing power.

The same can be said by Wrapped Bitcoin (WBTC) ERC-20 token, operated by a decentralized autonomous organization. Meanwhile, solutions running in the Ethereum decentralized finance ecosystem have been mimicking the success of Compound and MakerDAO, using Bitcoin, supposedly a competitor.

The Ethereum Network looks beyond Bitcoin’s store of value proposition

The Ethereum team seems unconcerned with competing with Bitcoin to become the top best store of value solution or means of payment.

The upcoming proof-of-stake migration is further evidence that Ethereum is using a strategy similar to the one Nvidia used. It is mathematically impossible to determine the valid chain without an additional source of trust, according to a Cornell University study.

Ending the Ethereum-mining era might mark the definitive rupture between Bitcoin and the second-largest cryptocurrency by market capitalization. The two very different products will most likely no longer be appraised by the same valuation metrics after the complete Ethereum 2.0 makeover.

For example, last month, Apple announced that it would be designing its CPU, hinting that it could also enter GPU production markets.

Besides increasing competition from other native smart contract blockchains such as Tron and EOS, Ethereum has hurdles from its major network upgrade. Even if everything goes as planned in terms of scalability, security and PoS incentives, there’s no guarantee that decentralized applications, smart contract developers and users will follow along with these upgrades.

As Ethereum’s proof-of-work incentives get reduced and eventually extinguished, it will undoubtedly fuel smaller projects that use compatible mining equipment, such as Ethereum Classic and Haven Protocol.

One battle at a time

Ethereum undoubtedly holds the largest active number of developers, besides a growing DApps ecosystem. Meanwhile, the development activity of its competitors, EOS and Tron, has recently plummeted.

More recently, Ethereum finally flipped Bitcoin, becoming the most used blockchain. Such an impressive feat was fueled by the DeFi sector and ERC-20 stablecoin transactions.

Ether’s recent surge above $300 to its highest level in 11 months further proves that the strategy seems to be successfully playing out. Whether it will be able to replicate Nvidia and finally surpass the long-standing sector leader in a couple of years remains an open question. 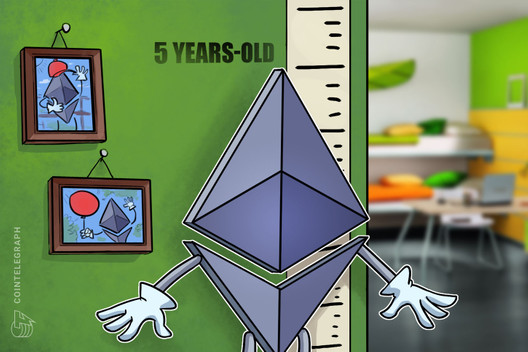