6M noobs have bought coins on Robinhood Crypto already in 2021 Retail-focused trading app Robinhood has revealed the number of new monthly customers buying from its crypto platform this year is 15 times the 2020 average.

By contrast, the platform revealed the largest number of new users transacting on Robinhood Crypto last year was 401,000 in July — when trade activity surged in the lead-up to Bitcoin’s third block reward halving.

The average number of monthly new crypto traders on Robinhood was roughly 200,000 last year. The report also notes an average transaction size of roughly $500 on the platform, an 100% increase when compared to the first three quarters of 2020. The report concluded:

“The numbers are clear: 2021 has started with a crypto bang.”

Robinhood is looking to further expand its crypto services, revealing plans to offer deposits and withdrawals for crypto assets in a Tweet last week.

This year has been an explosive one for Robinhood, with the platform finding itself at the center of controversy after suspending trade in both Dogecoin and stocks that were being pumped by the now infamous Reddit group, r/WallStreetBets, during January.

Last week’s congressional hearings on the incident saw representatives of the U.S. House Financial Services Committee scrutinize Robinhood’s business model — with the platform’s move to suspend trading in GME shares apparently prompted by the platform falling short of its collateral requirements by $3 billion amid the orchestrated pump.

However, Robinhood CEO Vlad Tenev has blamed its collateralization issues with U.S. Securities and Exchange Commission regulations mandating a two-day settlement period after trades are executed. 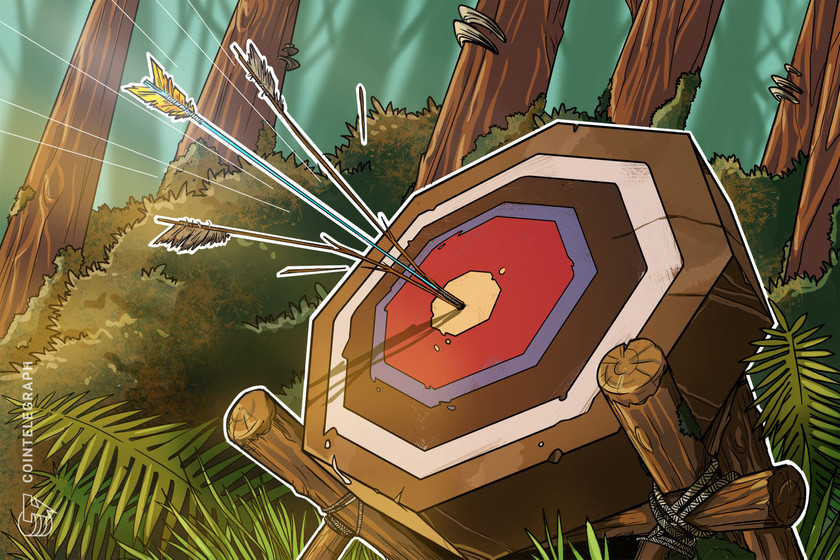