The cryptocurrency market recovered some of the losses from the past couple of days on Feb. 25 as Bitcoin (BTC) briefly pushed back above the $50,000 level and multiple altcoins have seen double-digit price gains.

Data from Cointelegraph Markets and TradingView shows that Bitcoin bounced off a low of $45,200 late on Feb. 24 before rallying 15% to $52,000 in the morning trading session.

While the rebound in the cryptocurrency market is a welcome sight for bullish investors, Bitcoin price is still finding resistance above $50,000, and this level has yet to be confirmed as support.

Economists have also begun to worry about the rising Treasury yields, which are usually a signal of weakness for the economy and can have a large impact across many markets.

Now that Bitcoin has entered a slight corrective phase, analysts are debating whether or not the digital asset will be able to surpass $100,000 by the end of 2021.

According to Giles Coghlan, chief currency analyst at HYCM, the answer to that question “depends on who you ask,” with crypto advocates feeling “very bullish” that 2021 “will be the year Bitcoin steps into the limelight,” while traditionalists remain skeptical about the “risky, unpredictable market.”

Coghlan sees the momentum behind the recent gains being driven by “the general public hype” following pro-crypto tweets from Elon Musk and Mark Cuban, but now the enthusiasm “seems to be waning” as Bitcoin struggles to hold $50,000.

Due to the volatile nature of BTC, it’s “too early to tell if this will be the new baseline support level.”

“I wouldn’t be surprised if the price slowly drops back to $40,000 USD in the coming weeks, which seems to be a more realistic level of support. A drop below this is also plausible based on how Bitcoin performed over the course of 2020.”

The analyst sees the acceptance and endorsement of Bitcoin by “large institutional funds and regulatory bodies” as the next big driver of new price highs, which would also end the domination of the crypto market by retail traders and could lead to a “less volatile” market as a result. 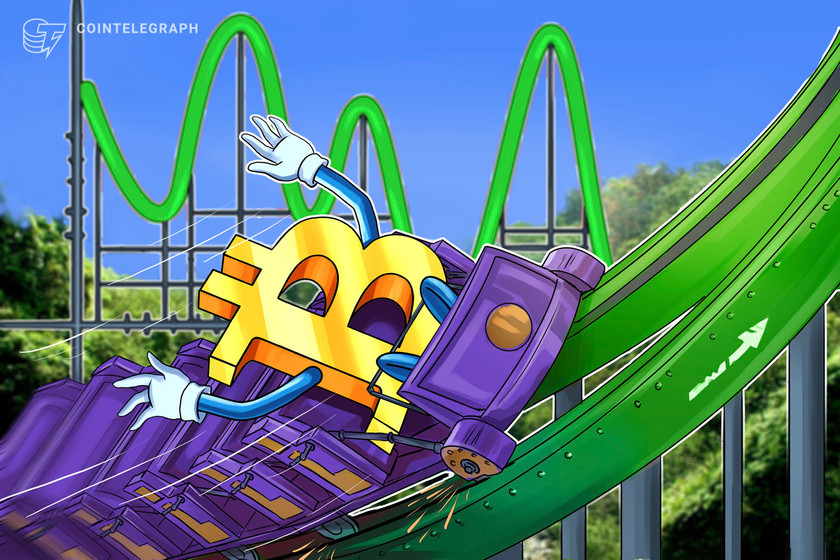