Justin Sun Buys Your Company… What Do You Do?

Previous Next
Justin Sun Buys Your Company… What Do You Do?

In case you were wondering how much we pull our punches in Cointelegraph Magazine, consider this assessment of Justin Sun, from the article directly below:

“Derided by some as a lightweight showman, the P.T. Barnum of crypto, others see him as a marketing genius whose penchant for the limelight has created an army of loyal followers. He embodies the CEO-as-spokesman, actively adopting the post-Trumpian, post-Muskian philosophy of attention at any cost.

It’s rumored that Sun cares little about the value of Tron’s TRX token, or indeed the value of any of his multiple investments, and that his personal key performance indicators revolve around Twitter engagement.”

Warren Buffett… Greta Thunberg… Tesla giveaways… wherever there’s news and controversy, there he is, interjecting himself into the conversation. What’s the deal with Justin Sun, and why does he provoke such a visceral reaction that people quit the company they love, rather than work for him?

We added a poll on Twitter to get your thoughts. Feel free to follow Cointelegraph Magazine’s feed and vote!

Andrew Levine, ex-Head of Communications at Steemit, resigned soon after it became clear that Tron was behind the acquisition. Before long, there wasn’t a single engineer from the pre-Sun era still working at Steemit. Why? Everyone loves a good conspiracy theory… and crypto peeps more than most.

Blockstream apparently “exists to cripple Bitcoin and allow the legacy banks to retain control over us”, while The Lizard People invented Bitcoin in the first place, and Gerald Cotten is alive and well and living in a Citadel in Kazakhstan (we made that one up, but…)

Interestingly, it’s a trait we share with Wall St. traders, who are “among the most conspiracy-minded groups of people on the planet”. Huh. Capitalism and communism have failed us

“As free States advance in power, there is a strong tendency toward centralization, not from deliberate evil intention, but from the course of events and the indolence of human nature.”

This moment in time seems perilous: autocracy is the ultimate form of centralization and from India to Brazil, the UK to the USA, from China to Russia, we see leaders increasingly employing autocratic tactics to solidify power.

For 2,000 years humans have struggled to save their self-sovereignty:

“For to him who has will more be given, and he will have abundance; but from him who has not, even what he has will be taken away.” — Matthew, 13:12

The future of creative ownership is already here

But new tokenomic models using Web3 tech are beginning to suggest that the gap between creatives, audiences, products and platforms could be closing.

In this deep exploration of cultural markets, scenius, and bonding curves, Garrison Breckenridge shows how Uniswap, Zora, RAC, and MetaFactory are experimenting with fairer, consumer-driven models of value. Do we need an open-source Code of Ethics?

Core developers on the Bitcoin protocol are joining Caitlin Long’s banking project in Wyoming. Some core devs have worked for Blockstream.

When decentralized projects share developers with commercial businesses, how do we know that the best interests of the community are being served — and what should devs commit to beyond GitHub, if they’re to have major input into the major protocols like Ethereum?

“Given that human beings have certain tendencies that emerge in any field or community, it would be extremely naive to assume that the blockchain community is free of bias or conflicts of interests.” 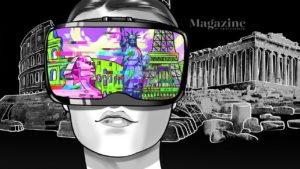